Get fresh music recommendations delivered to your inbox every Friday.
We've updated our Terms of Use. You can review the changes here.

The Jester's Quest in the City of Glass 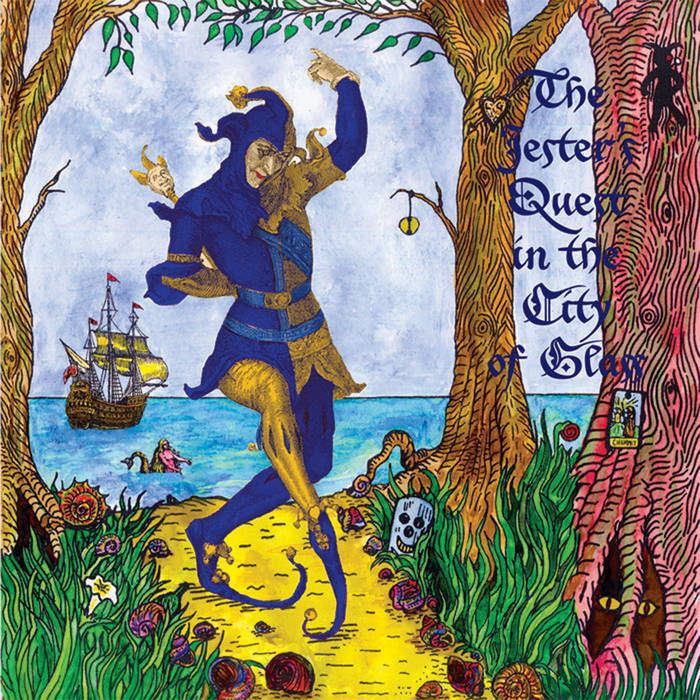 STEIN JACOBSEN If yoy like Gryphon, check out this great band!

Simone Yeah, Paul Rote nailed it - could have grown in Peter Gabriels mind

paul rote Quite a tripped out prog journey not unlike early Genesis , gentle giant , and the likes. Favorite track: Ancient spirals.

As the title suggests, the ten songs that make up "The Jester’s Quest in the City of Glass" tell the story of a comical knave and his journey in search of a mysterious prize. Along the way he meets wise flowers, alcoholic angels, mermaids, shape-shifting fortune-tellers, aged magicians, shining metal men and a whole shipful of fools. His journey represents a particular human life, but also the quest and fate of Everyman, and has echoes of some of the great legends of pursuit, from Moby Dick to Scooby Doo, from Robinson Crusoe to The Pilgrim’s Progress, from The Wizard of Oz to The Hunting of the Snark. Some of the songs are also musical tributes to bands beloved of Lyrian and of the dedicatee of the album. The music is progressive through and through, with Mellotrons in evidence, flutes and pipes, acoustic guitars and synthesizers, and a great variety of voices, playing the parts of the various protagonists. Narration is provided by superannuated thespian Brian Nash (Paul Nash’s father). The album is full of jests, but in deadly earnest,
and of sober philosophy, but in pure jest.

Bandcamp Daily  your guide to the world of Bandcamp